Create an Account - Increase your productivity, customize your experience, and engage in information you care about.

Manchester has established a Veterans Commission for the purpose of promoting the general welfare of the community and the specific welfare of the residents of the City who are veterans of military service to the United States of American. Their purpose and duties include planning and coordinating all veterans programs with support from City departments, and to make recommendations to the Mayor and Board of Aldermen concerning any programs or changes to existing programs, as it deems appropriate. The Commission shall also insure the needs of the local veterans are identifiable and a top community priority, with emphasis on connecting them with known resources. 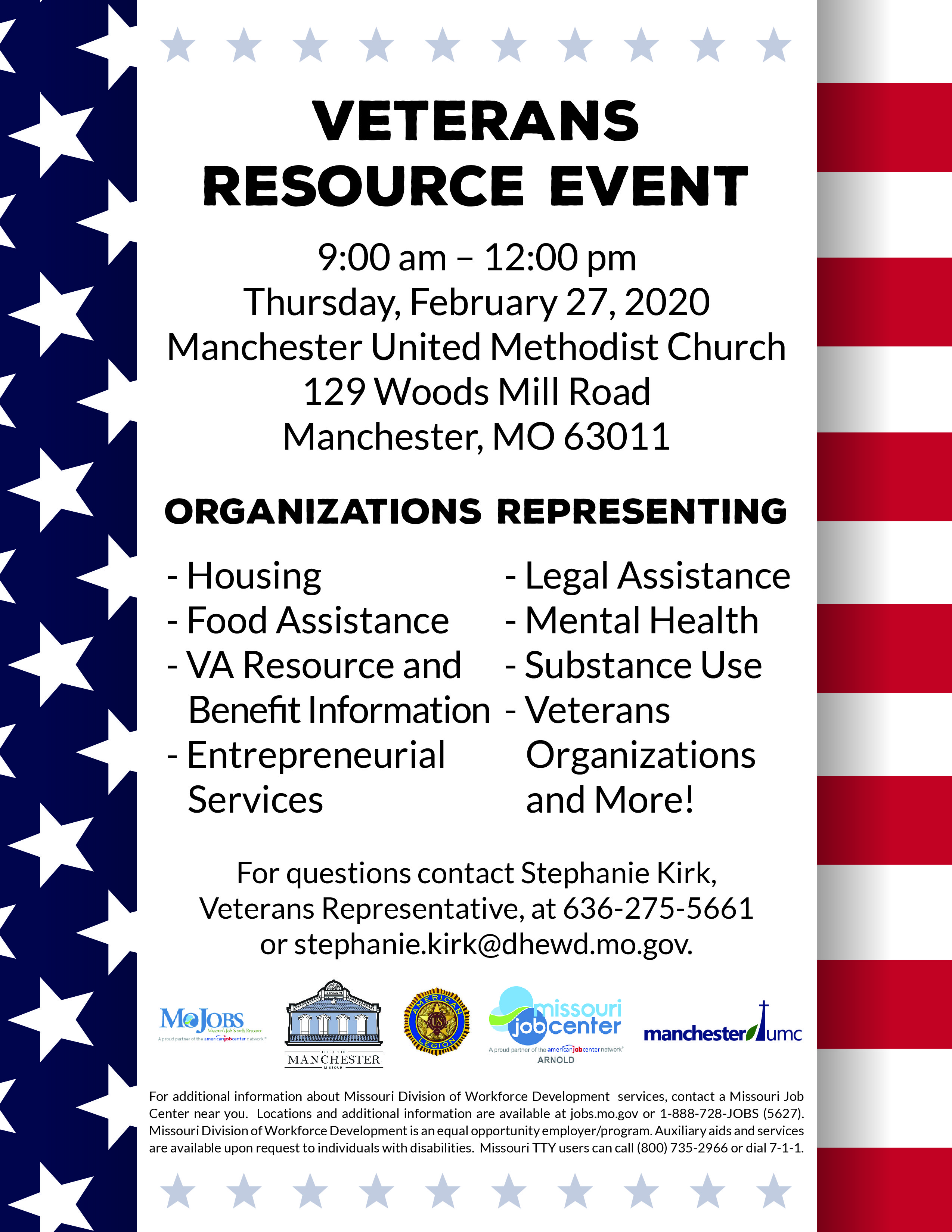 Manchester recently held a complimentary breakfast for Veterans at the American Legion Post #404 in recognition of Veterans Day. This annual event is held from 7 to 10 am each year on Veterans Day and this year the city served over 130 regional Vets!

On September 18th, Manchester highlighted POW/MIA Recognition Day by hosting a Missing Man Ceremony at our Veterans Memorial in Margaret Stoecker Park (222 Henry Ave.). This event included guest speakers who led the community through a recognition ceremony honoring those men and women who are POWs or MIA. The Missing Man table was also featured in Schroeder Park and Tucker's Restaurant in Manchester.

In addition to the fantastic Manchester Fireworks Display and Concert celebrating Independence Day, several members of the community along with Mayor Mike Clement and Police Chief Scott Will met with Veterans and the city treated them to a free hamburger and a beer cooked by the local Lions Club.

On May 27th the city hosted a service of remembrance at the Veterans Memorial (222 Henry Ave.). This event featured the posting of colors by the American Legion Post 208 Honor Guard, an ensemble of musicians the Manchester Community Band, a vocal performance by Elizabeth Lakamp, the presentation of memorial wreaths, an address by Legion Commander Michael Beasley, and a special visit by an American Bald eagle from the World Bird Sanctuary. This ceremony gave the community an opportunity to express gratitude for the high price that is paid in national conflict and to say "Thank you" to those who serve.

Learn more about our Veterans Memorial at Margaret Stoecker Park by clicking here.

Manchester has a proud collection of Flags of Valor which are displayed at the Veterans Memorial on the following dates each year: