Policing in Manchester - a Message from Police Chief Scott Will 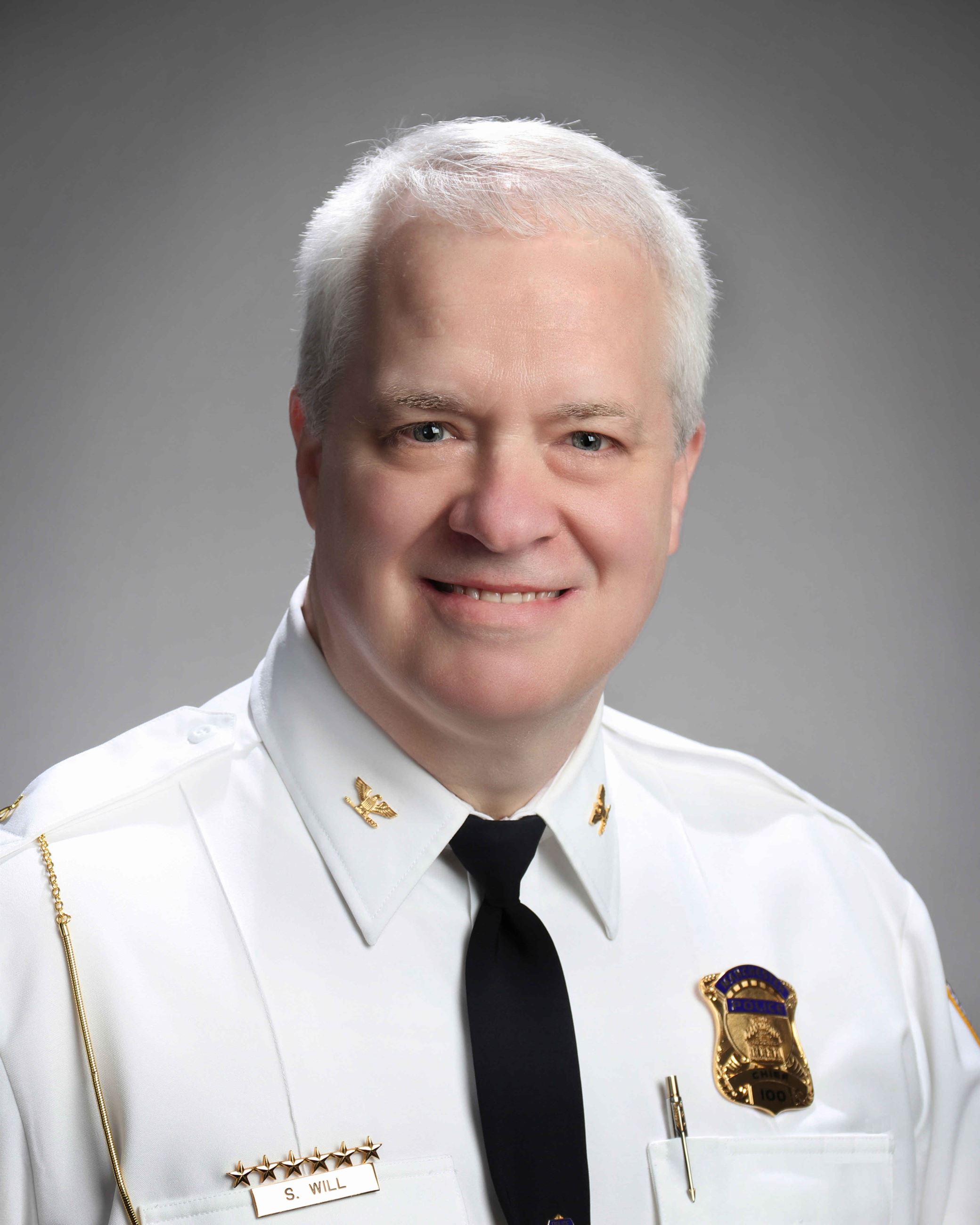 There are many community benefits from using the Manchester Police Department. One of the most significant changes comes from the way police ratios impact quality of service to residents. St. Louis County is known to have excessive response times which is primarily due to the number of officers they have on-duty and the large areas they patrol. Conversely, Manchester PD maintains a ratio of officers that enables us to consistently meet our targeted response times of under 4 minutes for emergencies and under 7 minutes for non-emergencies.

Manchester’s higher level of police coverage allows us to function as a community-oriented police department. Officers can engage the public and take the time necessary to truly help the people they serve. Conversely, St. Louis County officers often must handle their calls as quickly as possible, so they are available for the next one. Officers from larger departments seldom work in the same area, or patrol large areas that prohibit them from getting to know the community they serve. Smaller, localized police departments are much more suitable for community-oriented policing.

Manchester officers receive the same training and have the same experience as the county police. Our detectives are on the Major Case Squad, we have Accident Reconstructionists, etc. The value of using Manchester PD is citizens get the feel of a small-town police department with the same professional attributes as any larger PD. 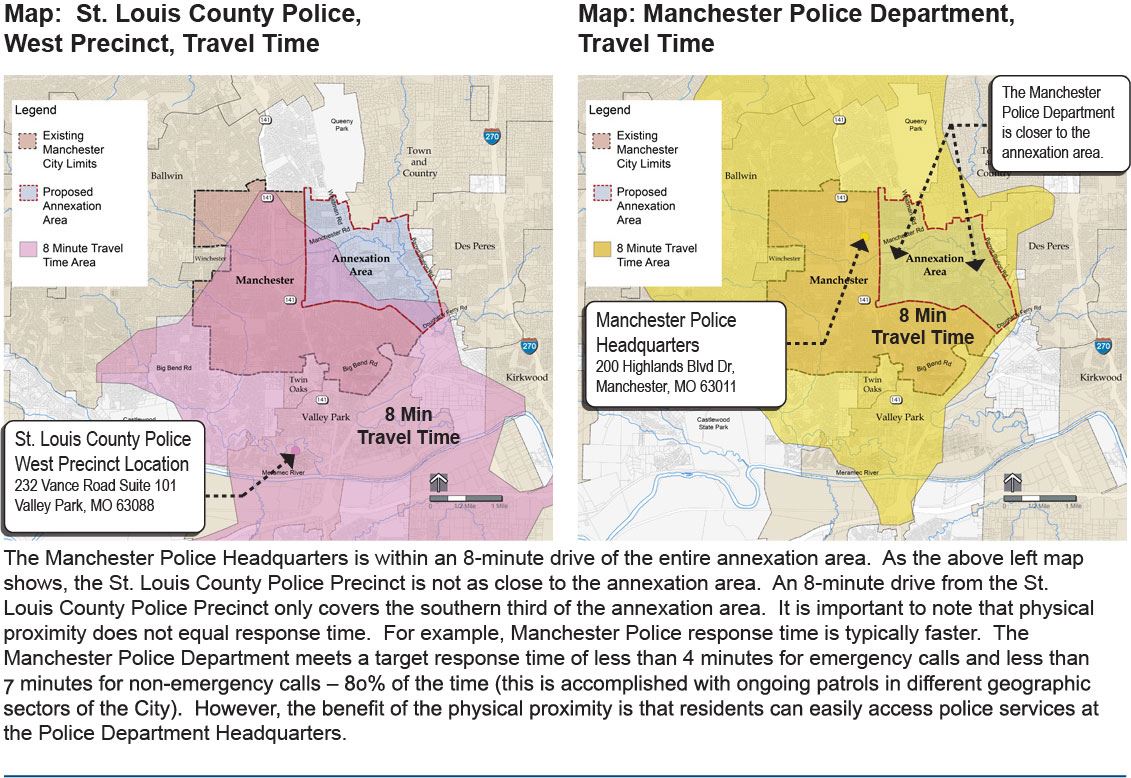